In Chiang Mai, the Can Do Bar, a self-managed bar run by sex workers to obtain their social benefits and fair treatment between sex workers and customers.

In the daytime, they are working as human right defender opposing the prostitution law which creates inequality for sex workers in Thai society and provides educations to empower female sex workers. 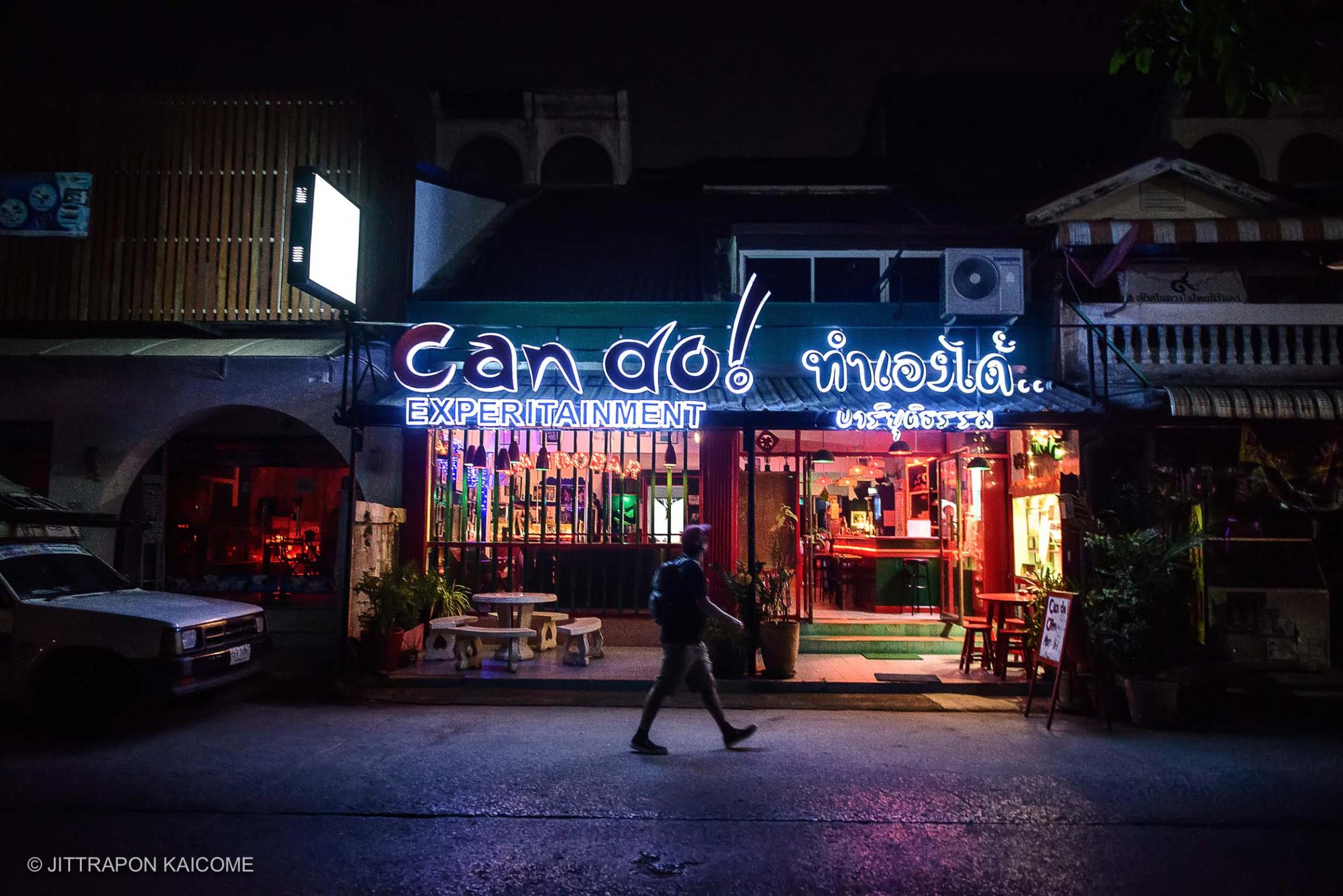 Can Do Bar, establish by sex workers who gathered their money-saving. Wish to open a dream bar runs by sex workers that have a good row model of fair treatment and equality between sex workers and customers.  Also is to have a stable paid salary starting at the minimum wage according to labor laws protection and social insurance. 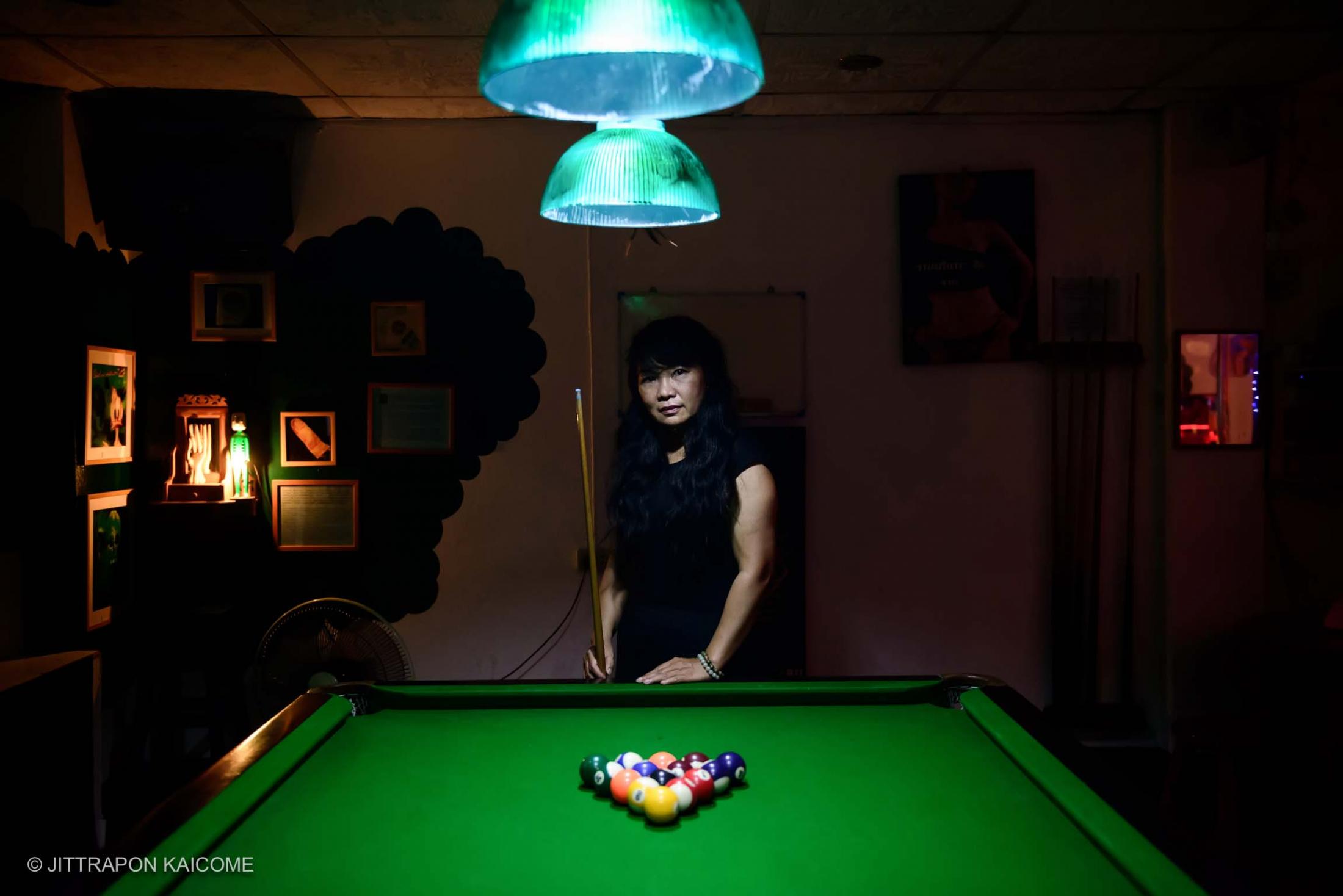 Madam Ping Pong, a sex worker at the bar. Working as a coordinator for Empower, managing a public performance about sex workers and human rights defender for sex workers in Thailand. 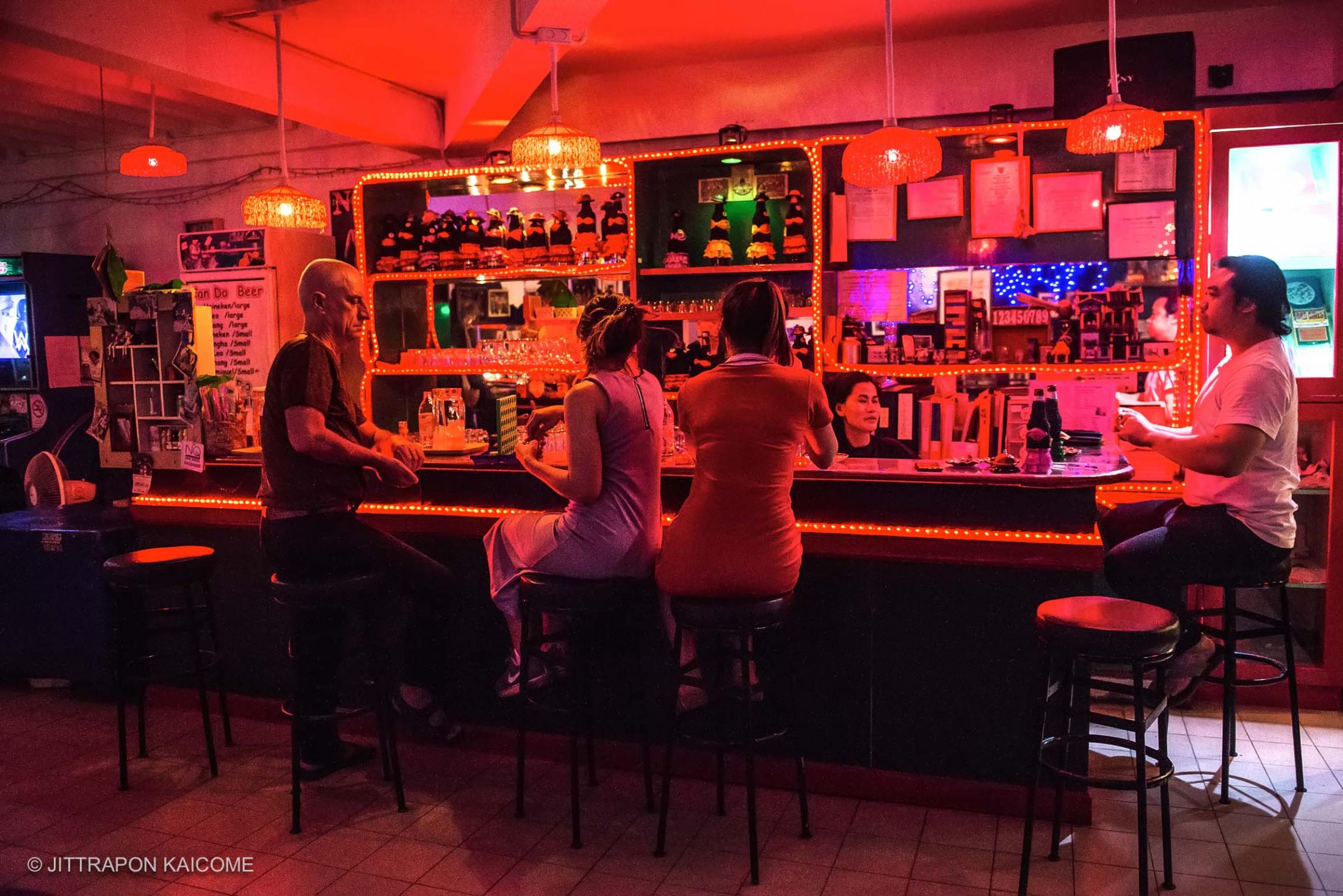 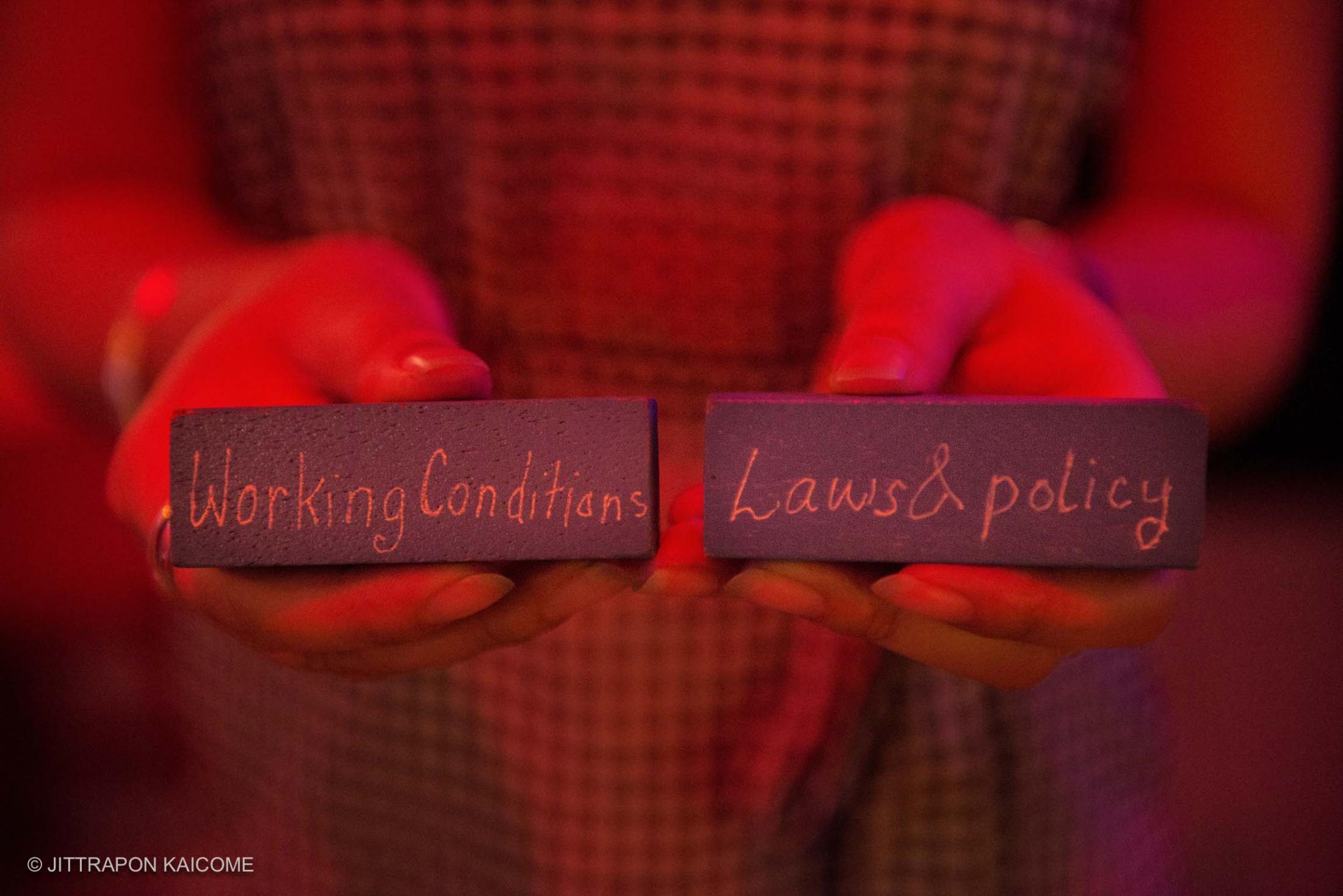 A message from these two pieces in the game of Jenta telling that these two words have been unfair to sex workers.

In a working condition, sex workers have been abused by the unfair rules set by the business owner. Forcing them to dress in a certain way, consume alcohol at work, salary reduction if weight gain found, overtime pay is not paid at the minimum wage of the law.

Laws and policies made prostitution illegal. Causing this type of work seen as a dirty job without dignity in society. These negative attitudes towards sex workers bring the disparity in society. 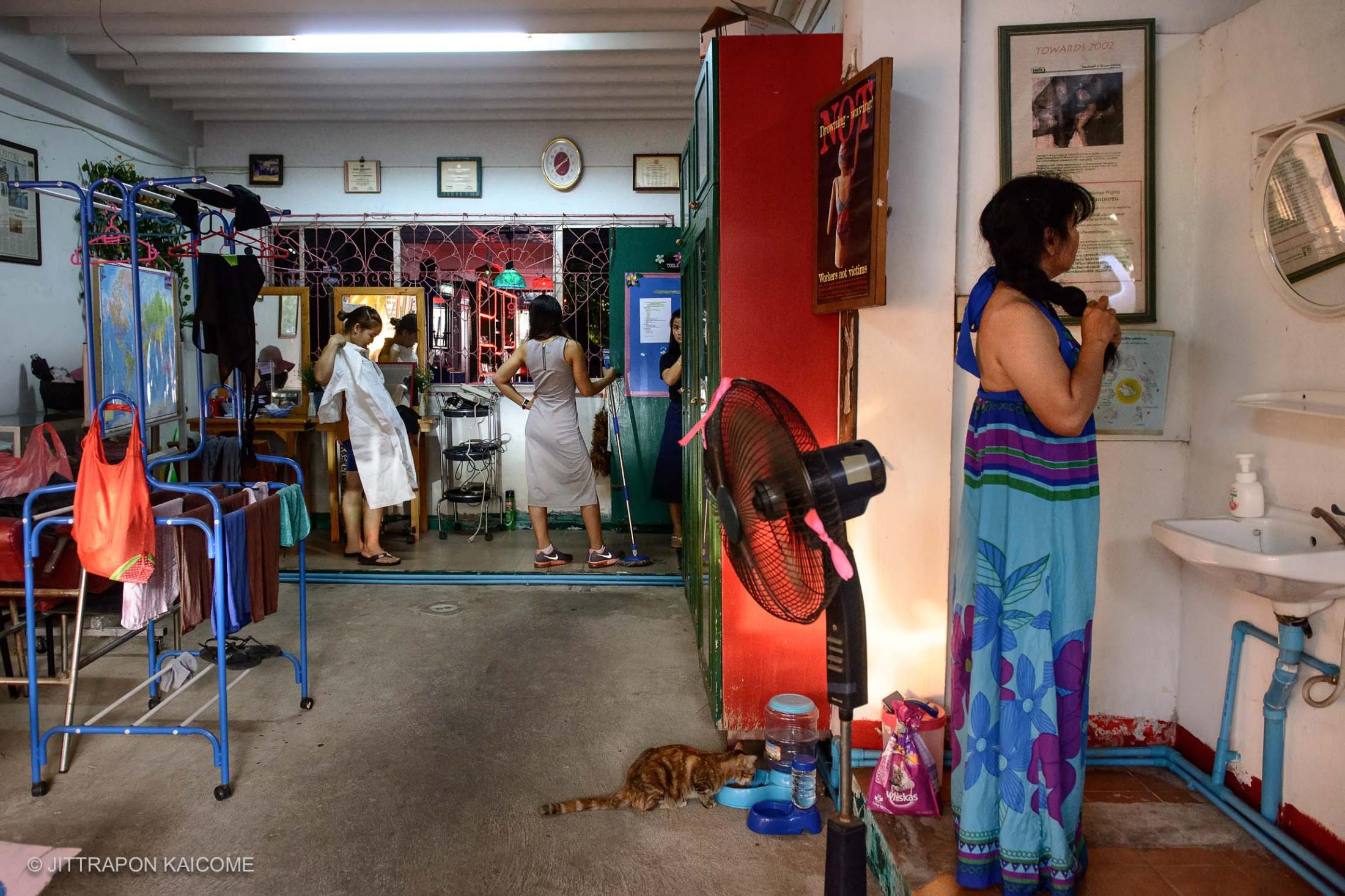 Ping Pong and other sex workers tried on their dress. 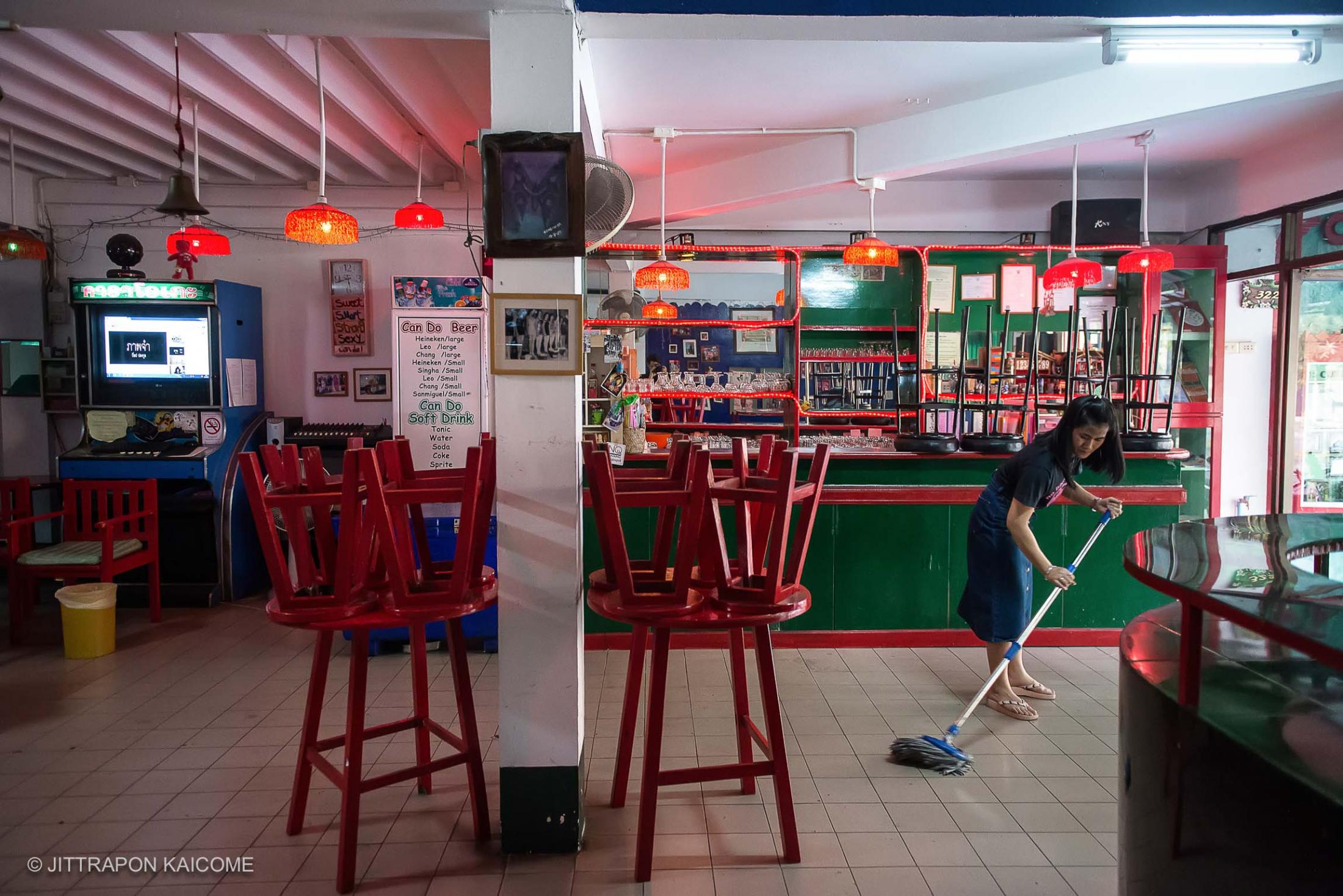 Every day, Mai and other staff sex workers have to help cleaning the Can Do Bar, preparing to open in the evening. 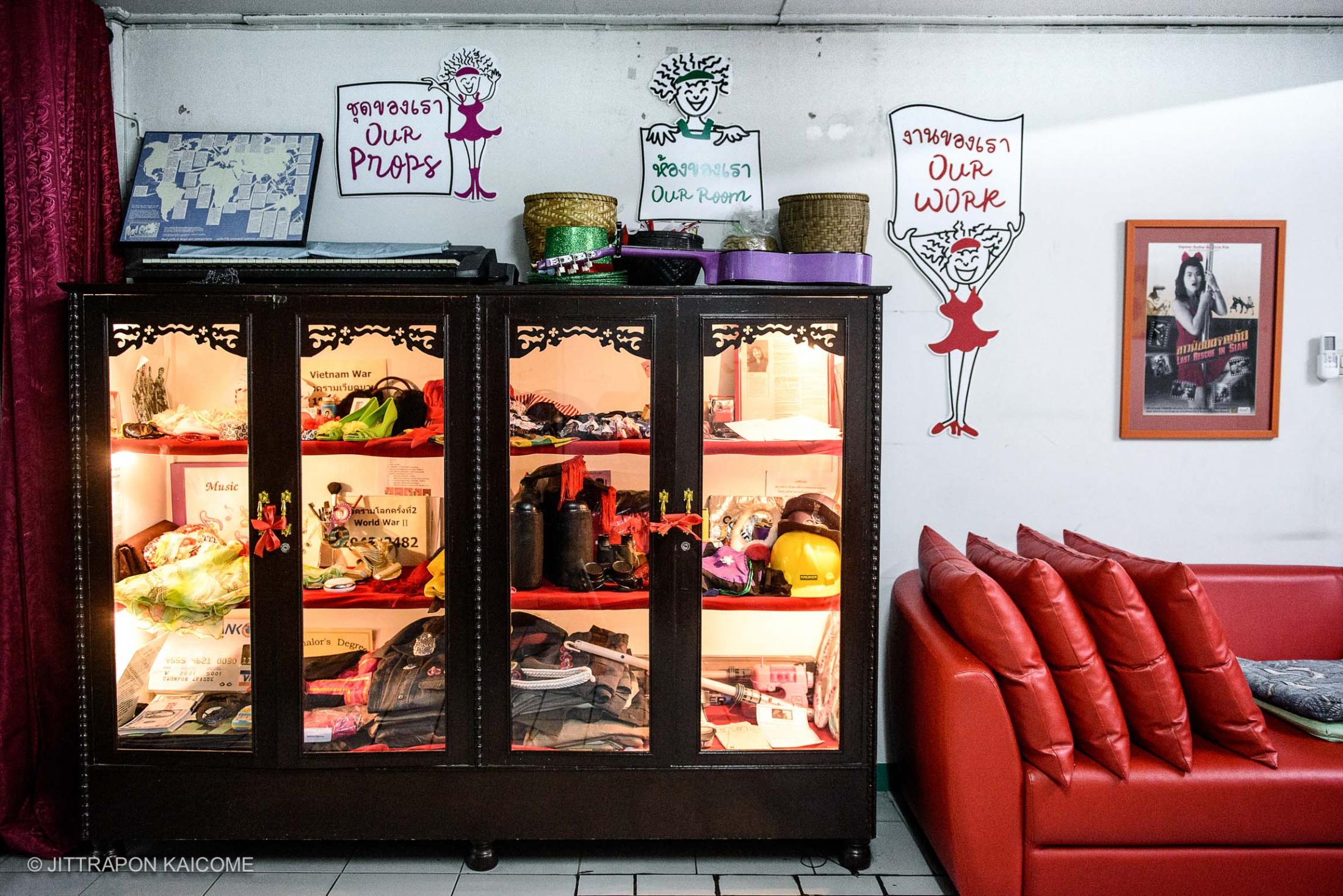 A little museum on the 2-second floor showcasing a collection of costumes and a stage props displaying a reflection of sex workers in a timeline of different periods. 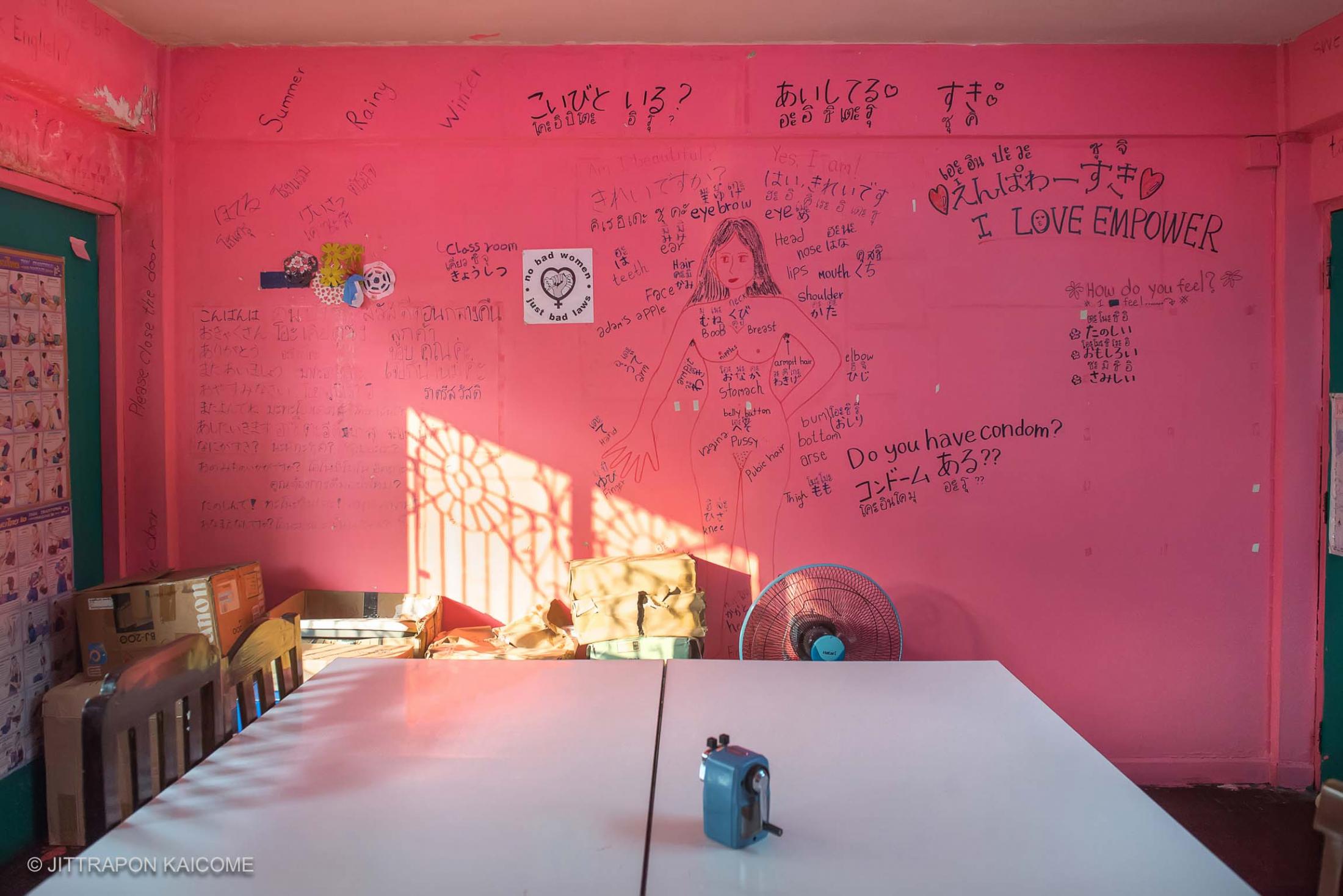 Another classroom on the third floor provides English and other international language lessons including Chinese and Japanese integrated with sex education, physiology and let them learn how to solve problems when being with customers. 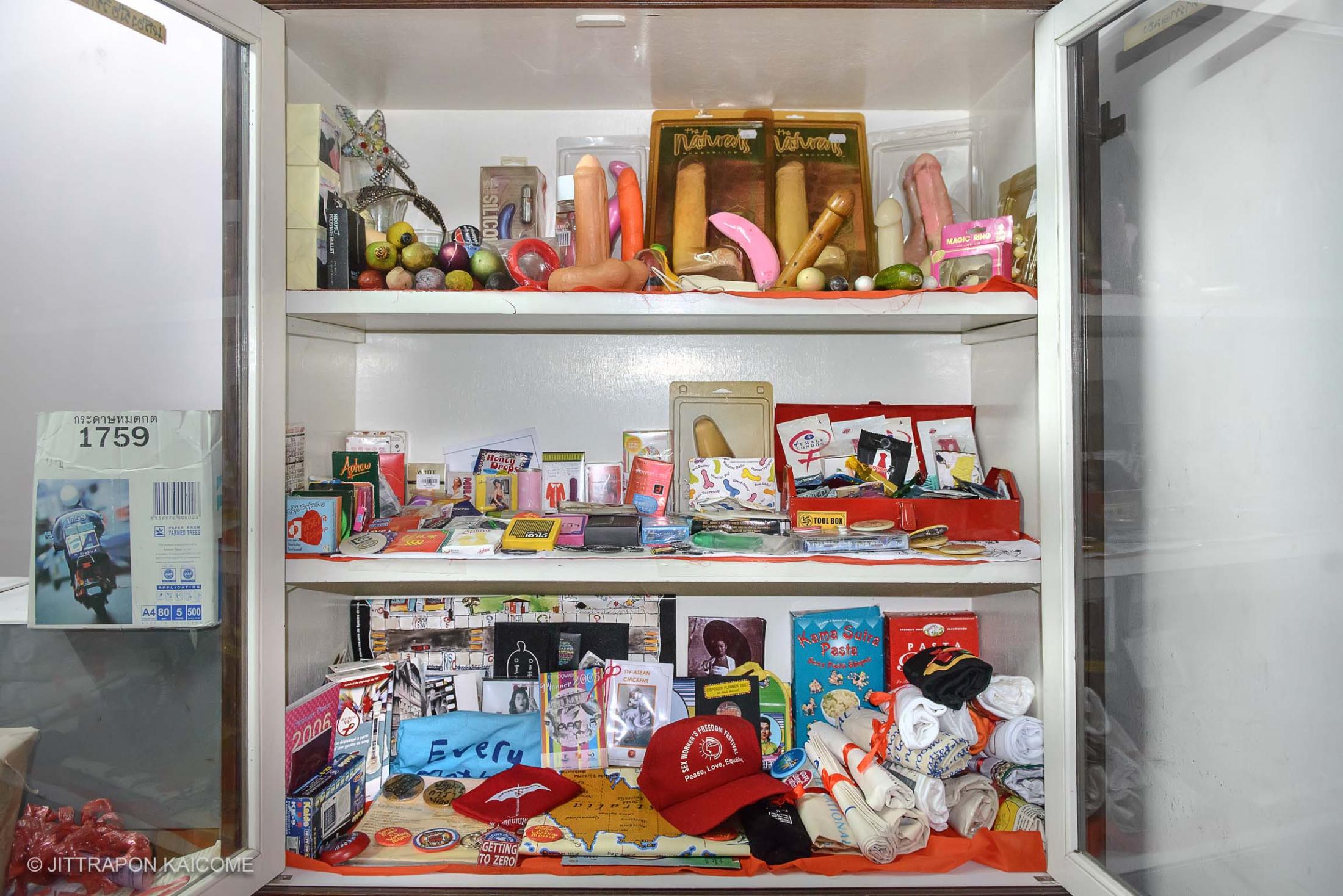 A collection of different types of sex toys, condoms and other souvenirs given from customers and are used for sex workers’ education, training and workshop. 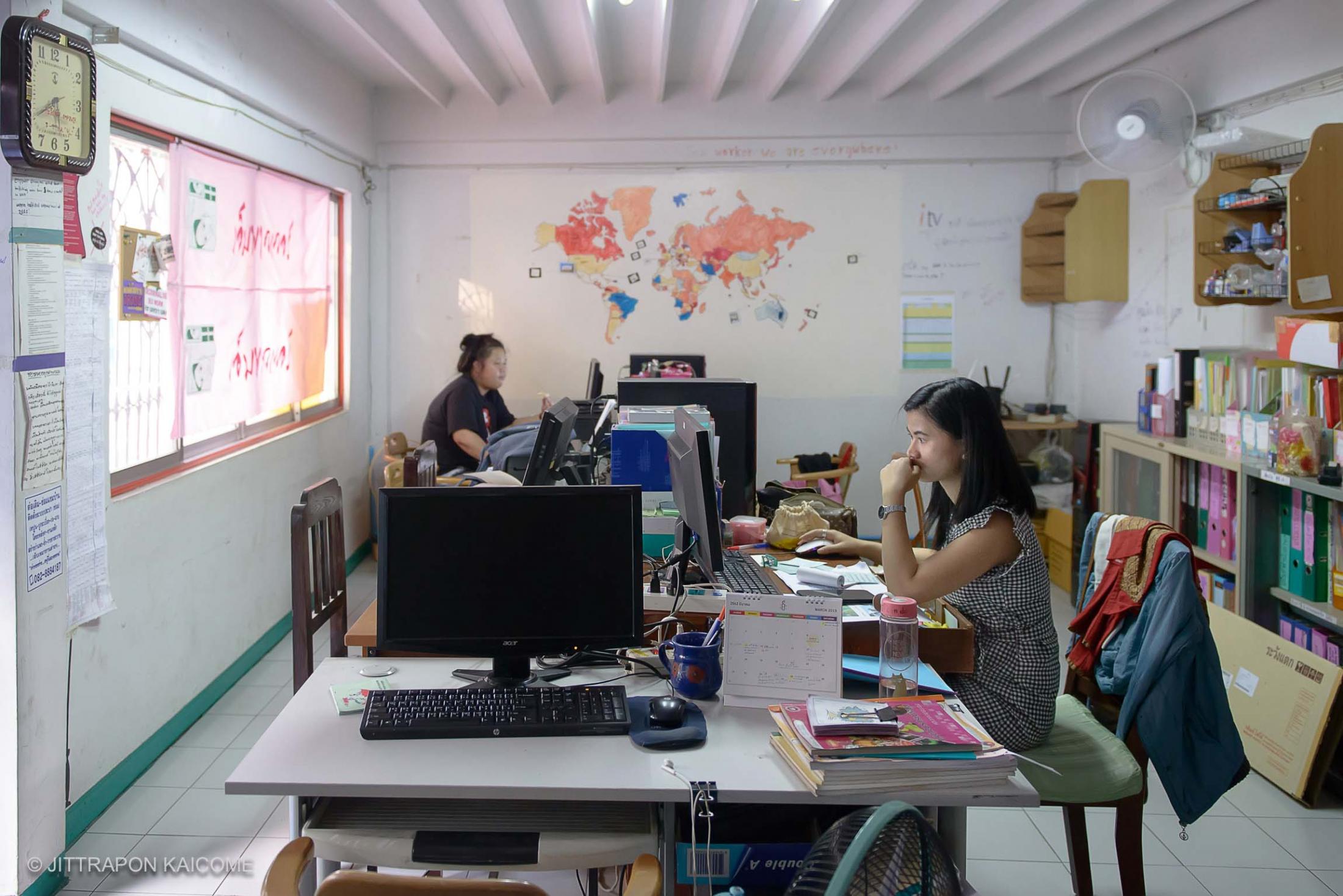 On the second floor of the bar is the office of Empower Foundation, an NGO that helps sex workers in Thailand. It is also used to educate a basic computer knowledge for sex workers. 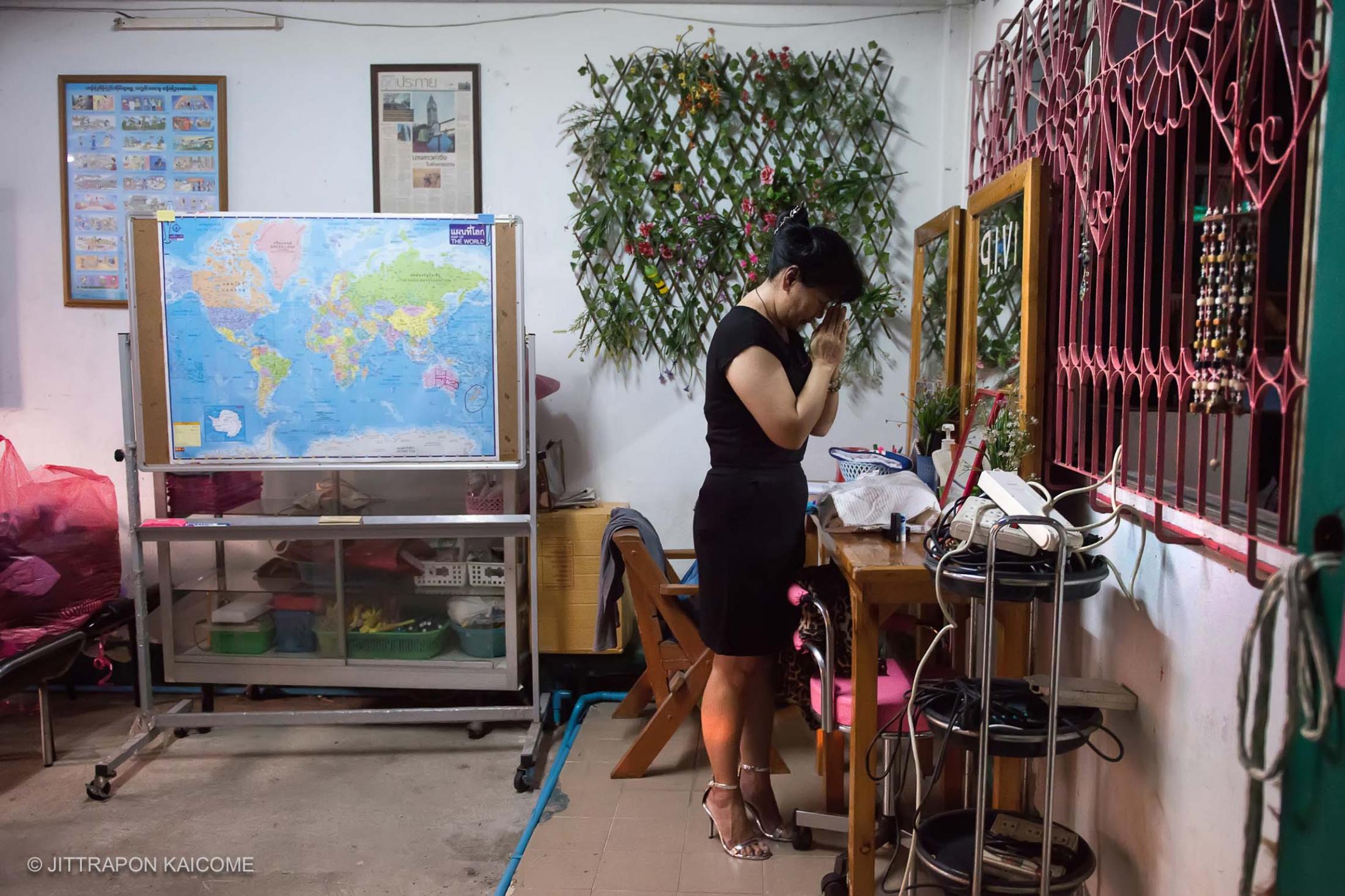 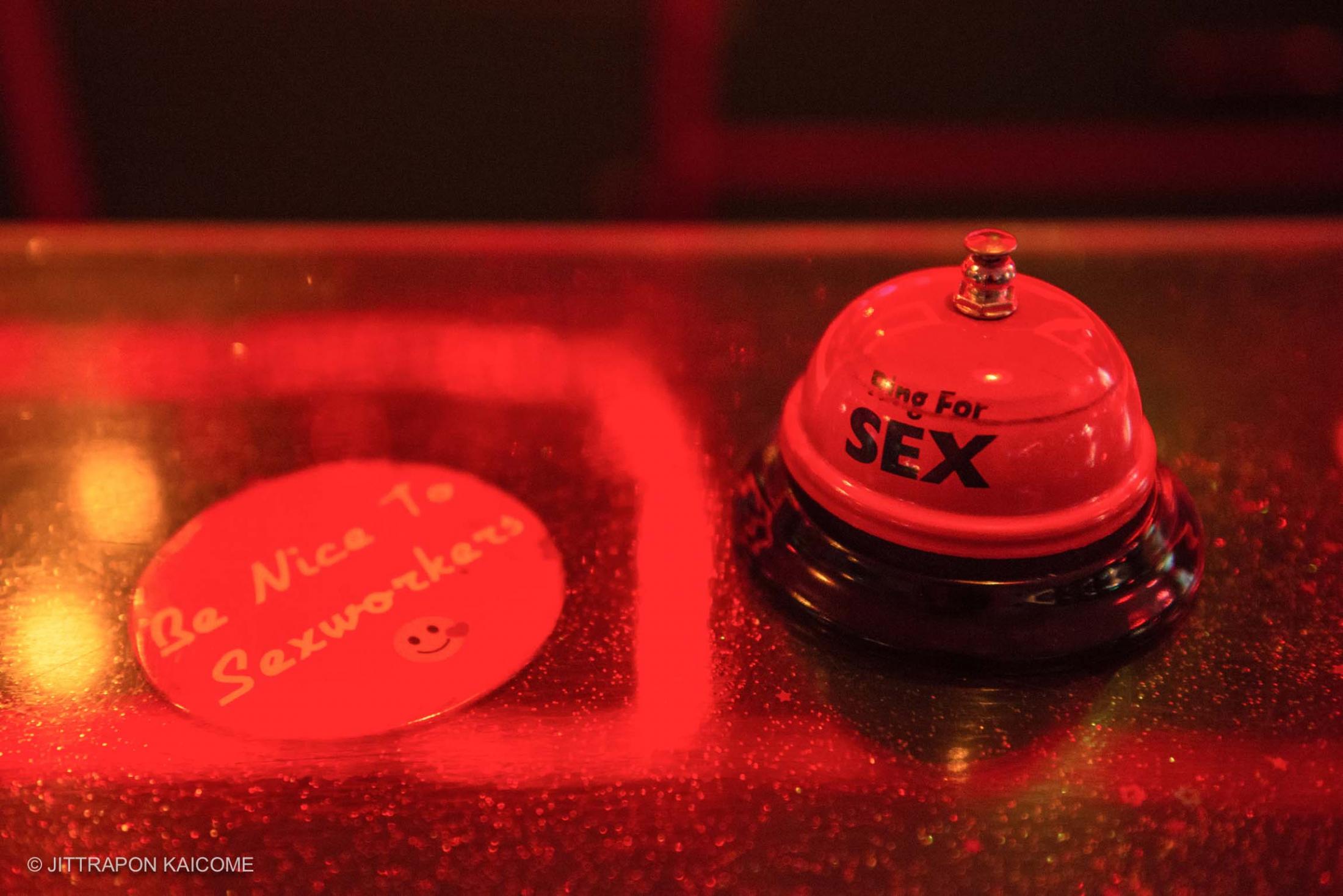 A bell for calling a bartender’s attention to take an order. 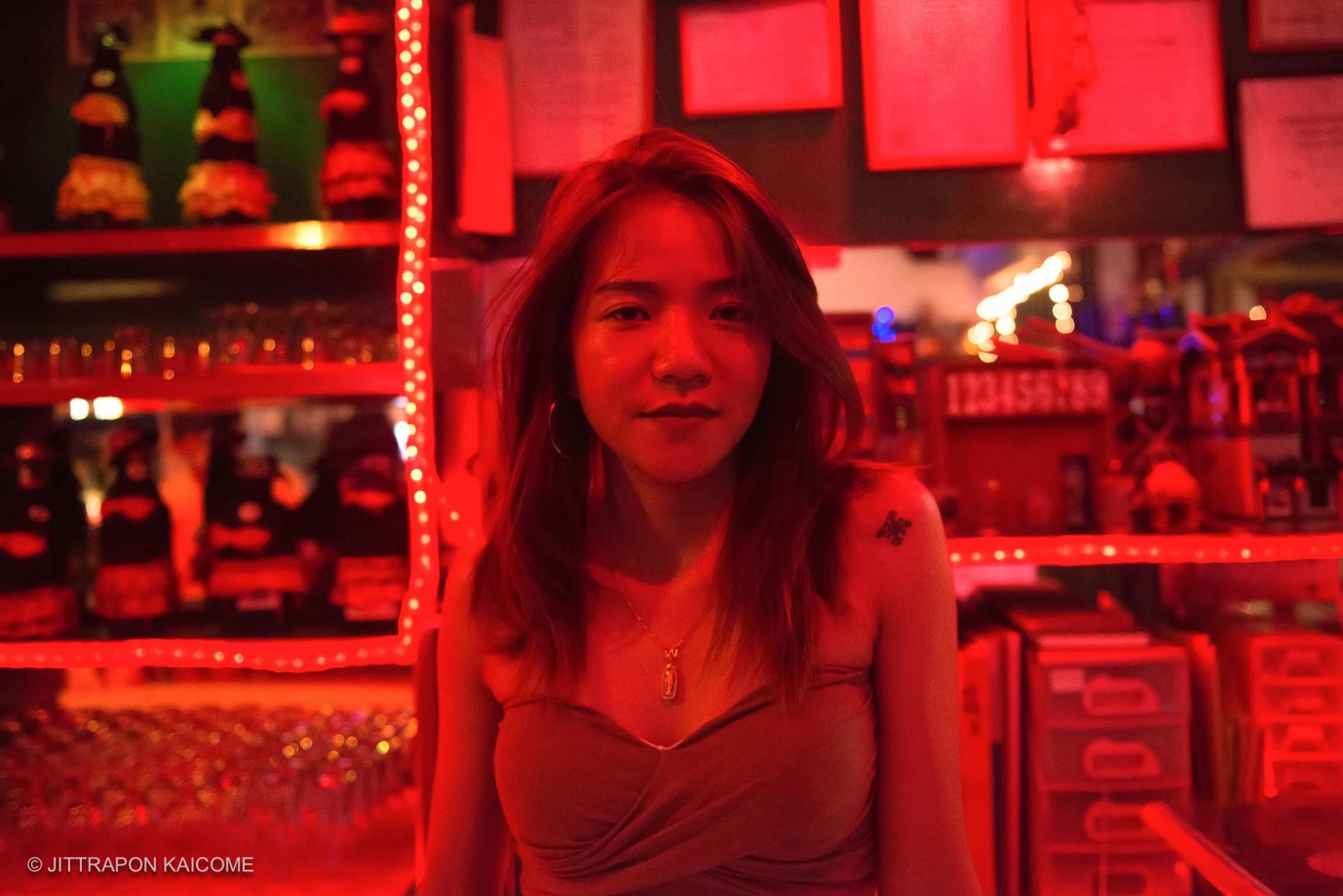 Mori, a sex worker who works at the Karaoke bar taking care of VIP customers. She works at Can Do Bar as a staff for Empower to provide job training such as bartender, sewing, and massaging.